Have you ever been traveling somewhere and it so happens you run into somebody you know?
I live in Panguitch Utah and whenever I get a chance to travel I get people
asking where I'm from and I proudly say Panguitch Utah and the reply I get is "I have heard of Pang-which" or "Ohh I know someone whose has a friend that has a sister that met someone in college that lived there." Etc... So what the "Hell" is so special about Panguitch? you might ask?
Panguitch is a small "Town" or "Village" some say in the lower central part of Utah, located on GPS 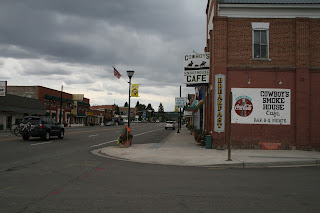 coordinate 37.8228° N, 112.4358° W . Panguitch sits on one of the oldest Highway's in the western parts of the United States.  From North to South, Highway 89 runs through several National Parks such as "Bryce Canyon", "Zion", "Grand Canyon North Rim", just to name a few and many small Towns and Communities mostly settled in the late 1880's. 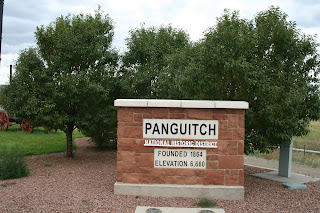 Panguitch was settled in 1864 by a group of Mormon Pioneers who trekked down from Salt Lake City Utah by orders of their Prophet Brigham Young, President Young encourage families to spread out and start new communities and by doing so they can acquire new lands for their families.  When the first group of Pioneers headed south they migrated to a place they named "Parowan" and started building their new town. Shortly after a group of men and their families hiked over the mountain to settle in a small valley they later named "Panguitch". When they first settled here they named the town Fairview but later they renamed the town Panguitch which in the local Indian Tribes language Panguitch means "Big Fish". Panguitch Utah sits at 2,000 m (6,600 ft) in elevation with arid conditions and has short growing seasons because of the late and early frost in May and October.  People can grow most garden items but some fruits and vegetables don't get their full term in because of the first frost in October.  In the 1920's and 1930's with the collapse of the U.S. Economy and the Great Depression the U.S. Government put together "The Civilian Conservation Corps (CCC) which was a public work relief program that operated from 1933 to 1942 in the United States for the unemployed.  During the time of the CCC, enrollees planted nearly 3 billion trees to help reforest America, constructed trails, lodges and related facilities in more than 800 parks nationwide and upgraded most state parks, updated forest fire fighting methods, and built a network of service buildings and public roadways in remote areas." -Wikipedia. 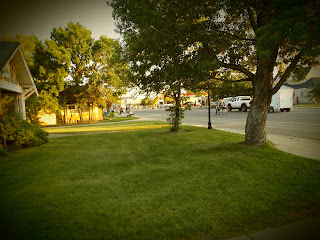 So back to Panguitch Utah... In my travels I have always come across someone who has heard of the place Panguitch.  Growing up in Southern Utah my family and I loved getting out into the back country as often as we could get away.  We have visited most of the Parks nearby and travel some distance to visit other Parks.  Back in the 1980's the National Parks in Utah were more laid back and not very busy part of the year so when we visited it felt like we had most of the park to ourselves to really soak in all the scenic beauty all around us.  I remember visiting Zion National Park and spending a week camping out in the campground with campfires roaring at night cooking food over propane grills and roasting hot dogs over the fire.  We would tell camp fire stories, playing with sticks and rocks getting dirty and even kicking back with a good novel when we weren't hiking around.  (This was back in the day before gadgets and direct TV on the go.)  When it was time to go we would take the road up to the mile long tunnel that drove through the sandstone mountain out to the top of the back side of Zion's and head North towards Panguitch. (This same tunnel was carved out by the same CCC group back in the 1930's and 40's)  My great uncle grew up in Springdale and was a Ranger for the Park for many years and he would always tell us stories about the Park which I wished I wrote down now that I am older and appreciate the History about the area.  We would drive on through and get to Highway 89 and head North to Panguitch to visit our Grandparents that lived there and spend a day swapping stories then we would make the drive back to our home town in Southern Utah. 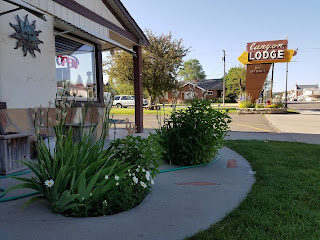 Now, 30 years later I live here in Panguitch and get to enjoy all of the back country we have around us and I pinch myself and say "Wow!" I'm so lucky to have all this beauty that people are traveling thousands of mile from all over just to see. So in a nutshell I would have to say it is worth the trip to travel out to Central Utah and check out all of the Parks we have to offer and make your home base destination right here in Panguitch!

On June 17th 2017 a person decided to burn weeds around his Mountain Property North West from Brian Head Ski Resort.   With warning not to h... 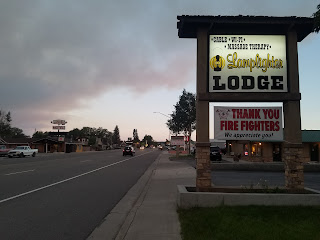